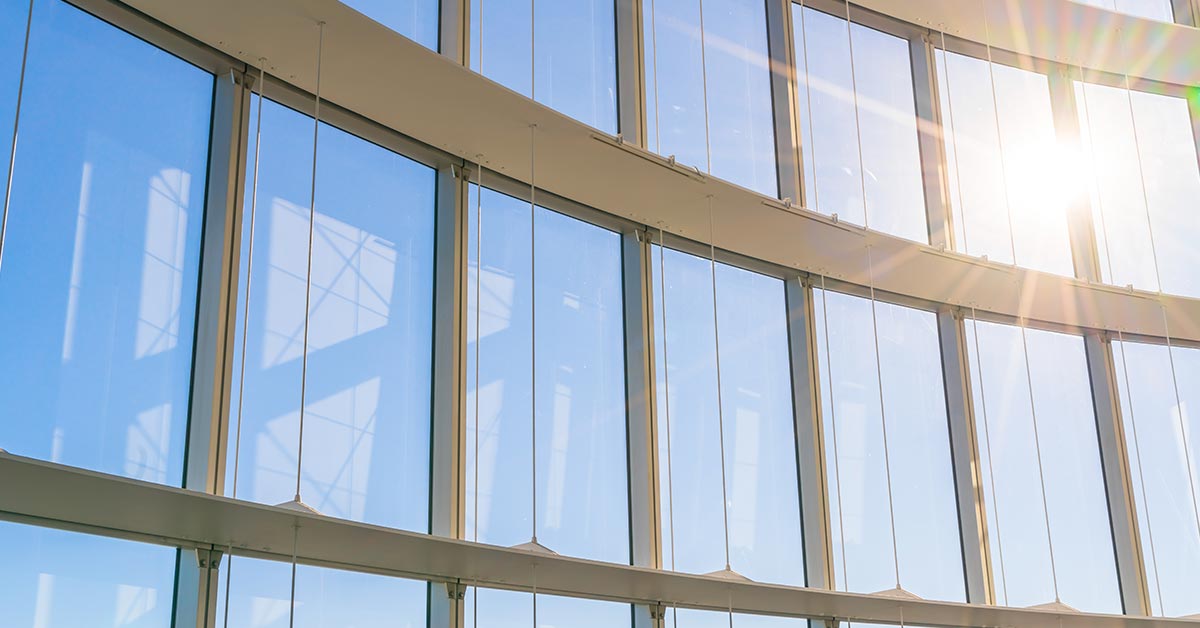 What is the solar factor of glass

If you have decided to replace your window panes and are looking for the most suitable ones for your needs, remember to consider the right coefficients to ensure living comfort and energy saving.

The characteristics to be evaluated in the choice of glass include thermal transmittance, light transmittance and solar factor.

Absorption triggers, at a later stage, the emission of radiation characterized by different wavelengths to solar radiation.

Glass is commonly considered transparent, but in reality it is not completely transparent and acts differently depending on the type of radiation it is hit by.

The way the glazing responds to radiation is measured on two different portions of solar radiation:

Which are the energy coefficients to consider

In order to evaluate the solar performance of a type of glass, it is necessary to know what the energy coefficients are.

Let’s see what they are:

The importance of the solar factor

From an energy point of view, it is not sufficient to rely on direct or primary radiation transmission to describe the solar gain phenomenon of a glass.

It must, in fact, be considered that the portion of solar energy absorbed by the glass pane is emitted both inwards and outwards, so the value of this secondary or indirect radiation depends on the material characteristics of the glass used.

The total solar energy transmitted through the glass is given by the sum of the solar transmission factor plus the secondary radiation emitted inside, according to the following formula:

The solar factor indicates the amount of incoming solar energy and is expressed as a percentage.

The higher the value, the more heat the sun will let in from the glass.

The solar factor is responsible for the total solar energy transmission of the building, so it would be desirable that this value adapts to the needs of the season, insulating from solar radiation during the hot months, and instead letting in the free heat provided by the sun during the cold months.

However, glass does not have this adaptability and excessive solar load could adversely affect the quality of living in a building or the costs of cooling.

For this reason, the solution may be shading systems and devices, in combination with glazing, that can reduce the solar load in summer, without shading in winter.

Choosing solar shading can be an excellent solution, if the characteristics of the glass and environmental conditions are taken into account to maximize light output and energy efficiency.

The topic of this article may seem a bit difficult, but it is an important notion to learn, because the wrong choice of insulating glass can seriously penalize life inside your house.

Right choices at this stage, combined with the installation of solar shading, can make a difference in terms of energy efficiency and therefore costs in the bill.

← Interior and exterior woodwork maintenance: what to do World Design Rankings: who leads the world charts? →