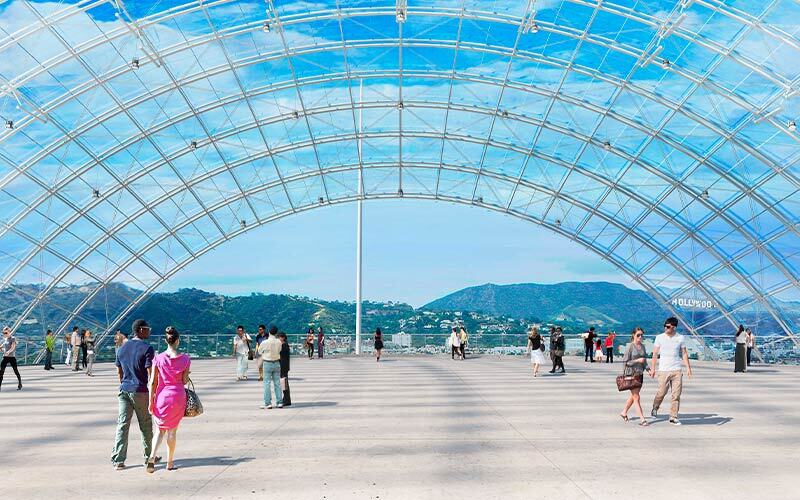 The Academy Museum of Motion Pictures, a project designed by Renzo Piano, will open its doors to the public on 30th September 2021.Described as the world’s most important exhibition dedicated to the art and science of cinema and cinematography, the museum was built by his studio – the “Renzo Piano Building Workshop”.

The project was based on the renovation and extension of a disused shopping mall in Los Angeles, known recently as the Saban Building, but originally built in 1939 as the May Company Building, a celebrated example of Streamline Moderne architecture.The area extends over 300,000 sq ft, with the addition of a large sphere made of glass and concrete, called the Sphere Building, which also houses the Dolby Family Terrace, facing the Hollywood Hills.The idea behind the space was to build an environment that was “immersive, experimental, educational and fun”.This won’t be just a simple museum, but a dynamic cinematographic centre capable of offering experiences in and in-depth knowledge of films and film production.Bill Kramer, director and president of the Academy Museum of Motion Pictures, supervised every aspect of the project.

The spaces designed by Renzo Piano and his studio are versatile and thoughtfully designed to facilitate different activities throughout the building.The Academy Museum of Motion Pictures consists of six buildings that include:

The glass and concrete sphere houses the 1,000-seat David Geffen Theater and the Dolby Family Terrace, and is connected to the main building via glass bridges. 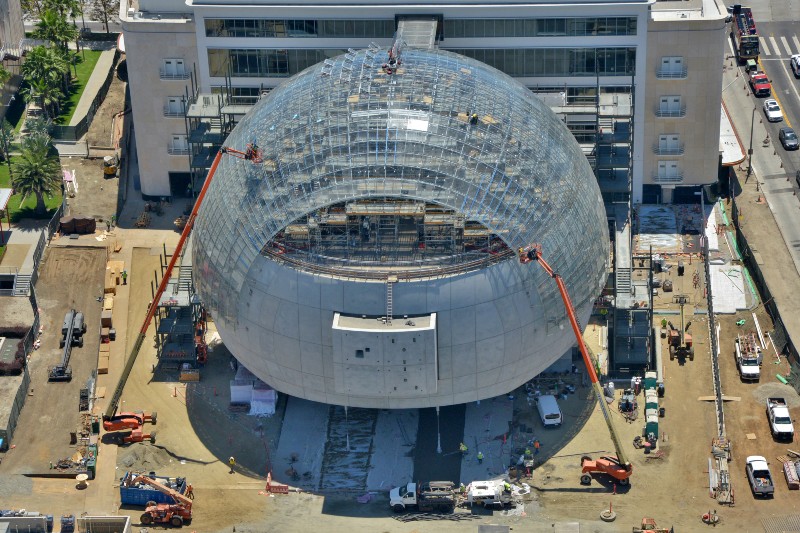 Bill Kramer has announced that the famous design studio why architecture has been chosen to finalise the design of the galleries in the Saban Building.

The Academy Museum experience will begin at the entrance to the Grand Lobby of the Saban Building, followed by the Spielberg Family Gallery, which will be open to the public.This large glass-walled gallery will introduce the public to the museum’s exhibitions, surrounding the visitors with screens that will immerse them in the history of cinema – from the Lumiere Brothers to the present day.Continuing on the second and third floor, visitors will discover the main exhibition, “Stories of Cinema”, in the Rolex and Wanda Galleries.The exhibition includes galleries developed with the support of Oscar-winning screenwriters and directors like Spike Lee and Pedro Almodovar, the Oscar-winning composer Hildur Guðnadóttir and sound designer Ben Burtt, another Oscar winner.These additional elements will help visitors to get a better understanding of the work, the passion, and the influences of these extraordinary cinematographic artists.On the fourth floor, the Marilyn and Jeffrey Katzenberg Gallery will be dedicated to a number of large scale temporary exhibitions. The first temporary exhibition will be about Hayao Miyazaki. Defined as ‘an unprecedented event in the US’, this exhibition will be curated by the Academy Museum in collaboration with Miyazaki’s Studio Ghibli, the first time it has collaborated with an external organization.In 2022, after Hayao Miyazaki, the Academy Museum will present ‘Regeneration: Black Cinema 1898–1971′, which will explore the history and the visual culture of Afro-American cinema, surveying its multiple forms and expressions from the first days of the civil rights movement and beyond.An inauguration gala will precede the opening of the Academy Museum of Motion Pictures on 25th September 2021, during which two new annual awards will be presented.

On 25th September, an inauguration gala presented by Rolex, partner and financier of the Academy Museum, will precede the official opening. 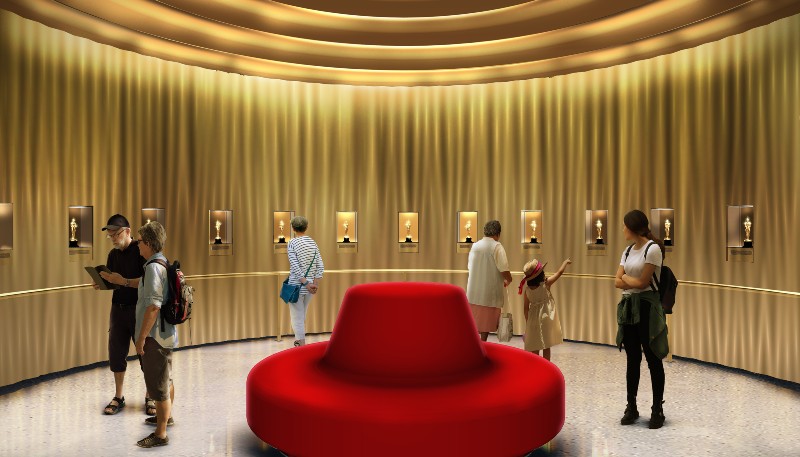 Pursuant to the Museum’s mission, which is to celebrate the artists and stories of the history of cinema and introduce new audiences to them, two annual awards will be presented for the first time at the gala:

The inauguration Gala will begin a series of events and initiatives before the museum’s official opening on 30th September 2021.