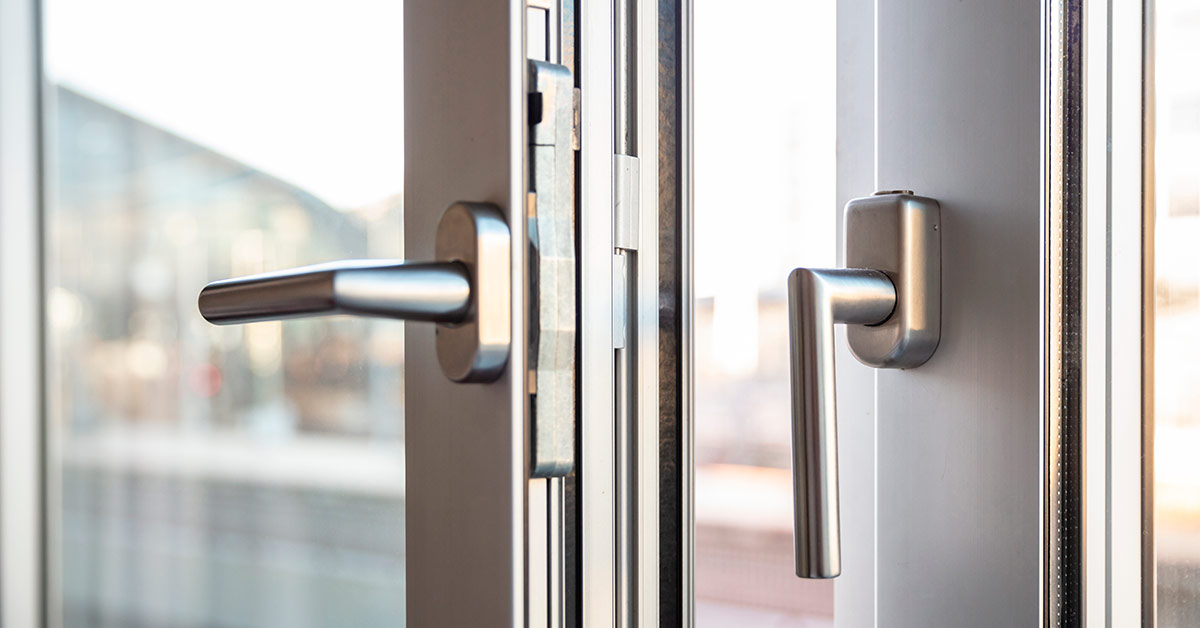 Quality and safety: how to choose armoured windows and doors

When we decide to buy a house, it’s important to pay close attention to the doors and windows.

They are our openings on the world, what allows us to see outside, to get the right amount of light and the right temperature and to protect our privacy and our home.

Choosing windows and doors suitable for our needs can be an effective way of solving maintenance, cleaning or security problems.

The latter, in fact, is a factor of which you should be particularly careful, because there is nothing more important than feeling safe in your own home.

When it comes to window security, we automatically think about armoured windows.

Protect your house from break-ins with armoured doors and windows

Alarm systems are widespread and both useful and important, but they only function when the break-in is already occurring, hoping to minimize subsequent damage and force the intruders to leave.

This is why it is important to install armoured windows, to make the house safer by tackling the root of the problem and preventing a burglar from breaking into it at all.

Often we wrongly think that armouring is only about the front door, underestimating the fundamental role that windows can play, especially for those who live on lower floors.

Armoured windows have systems installed inside the metal structure, connected to alarm systems, which, in case of break-in or tampering, are activated to protect the house, office or shop.

They are made of welded stainless steel with shatterproof glass, which allows lots of light in but is also shock-resistant.

The advantages of armoured windows

In particular, those who live on the lower floors of a building should install armoured windows, because the risk of a possible break-in is higher, especially if located in a bit city with their worrying statistics on theft from homes.

The advantages of armoured windows are as follows:

For those who live in cold places, it is advisable to choose sealed outlet double glazed windows, with a thermal break, so that the hot air is not dispersed and there is greater energy saving.

In addition, armoured windows are made with steel or aluminium profiles, executed in such a way as to limit successful burglary attempts.

Armoured glass for windows and doors

Armoured windows have a reinforced structure, very solid and resistant. An important component is the glass.

The special qualities of armoured glass vary depending on its thickness and what you need for your house. The market today offers a wide range with various characteristics.

The decisive quality of an armoured window frame in terms of burglary protection is the combination of window profile, glass and metal structure.

Armoured burglar-proof glass is distinguished by laminated glass which can have different characteristics:

For each of these types of glass a specific resistance is recognized, so it is important to remember that the resistance to breakage is closely related to the elastic behaviour of the glass, and therefore the thickness of the plastic interposed between the two pieces of glass.

Frame resistance is regulated by European standard, DIN EN 1627, which identifies 6 classes of resistance, indicated in Italian with the acronym RC (in English WK).

These resistance classes indicate the window’s ability to resist burglary attempts. The higher the degree of resistance, the greater will be the time and effort that a thief will have to expend trying to break through the window frame.

Classification is ascertained via a stress test that verifies the resistance of the frame.

Feel safe at home, with style

As you will have understood, protecting your home and family from break-ins is very important, especially when you live in areas that are statistically more exposed to these risks.

In addition to choosing a good alarm system, which is definitely recommended, it is also a good idea to install armoured doors and windows, so as to make it as difficult as possible for an attacker to carry out their criminal intentions.

Armoured windows are equipped with double glazing, which also allows you to opt for blinds inside the double glazing. A solution that is stylish and practical.

← How the Coronavirus will affect interior design Coronavirus and hotels: why choose double-glazing blinds →

XThis site uses first and third party technical, analytical and profiling cookies. By closing the cookie banner, using the "X" symbol, you will continue to browse in the absence of profiling / marketing cookies, accepting that only the cookies necessary for the operation of the site are used. You can consent to the use of other cookies on the site by clicking the "accept all cookies" button. You can also customize your experience by clicking on "options".
Read MoreCookie settingsAccept all
Manage consent

This website uses cookies to improve your experience while you navigate through the website. Out of these cookies, the cookies that are categorized as necessary are stored on your browser as they are essential for the working of basic functionalities of the website. We also use third-party cookies that help us analyze and understand how you use this website. These cookies will be stored in your browser only with your consent. You also have the option to opt-out of these cookies. But opting out of some of these cookies may have an effect on your browsing experience.
Necessary Always Enabled
Necessary cookies are absolutely essential for the website to function properly. These cookies ensure basic functionalities and security features of the website, anonymously.
Functional
Functional cookies help to perform certain functionalities like sharing the content of the website on social media platforms, collect feedbacks, and other third-party features.
Performance
Performance cookies are used to understand and analyze the key performance indexes of the website which helps in delivering a better user experience for the visitors.
Analytics
Analytical cookies are used to understand how visitors interact with the website. These cookies help provide information on metrics the number of visitors, bounce rate, traffic source, etc.
Advertisement
Advertisement cookies are used to provide visitors with relevant ads and marketing campaigns. These cookies track visitors across websites and collect information to provide customized ads.
Others
Other uncategorized cookies are those that are being analyzed and have not been classified into a category as yet.
Save & Accept